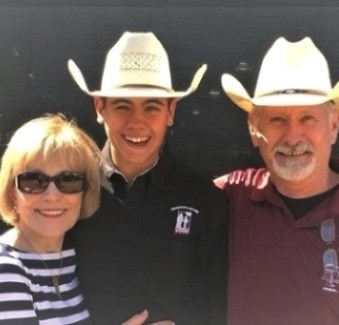 At the age of 12, Cody came into our custody due to painful extenuating circumstances. At such a young age, Cody had already lived and seen more life than many of us will in a lifetime. His young heart, body, and mind had endured realities that made it all but impossible for him to trust us as his new caregivers. The trauma of his younger years simply could not be reversed with a safe and stable environment. Cody was struggling with numerous complex relational and psychological challenges and needed more support than we could offer on our own. Miracle Farm felt like our only hope in a very desperate situation.

When we sent him to the Farm, Cody was in a hard spot that we knew he wouldn’t be able to climb out of quickly. We were signing up for a marathon. The trauma he had endured had buried him so deeply that we weren’t even sure who he was, what he liked, or where he would uniquely fit into our family dynamics. His first year and a half at the Farm were really touch and go, but we all kept chipping away, believing we would see change and that beneath the tough exterior, there was an exceptionally gifted young man.

Cody struggled to bond with his house parents initially, but they remained steadfast and steady - something he had never experienced before. He did what he could to push them away, but to no avail. They were there for him, and through their consistency, he began to believe it. He slowly moved toward healing, sometimes taking a few steps back for everyone he took forward, but as he did he was able to learn responsibility, accountability, and what it meant to be a part of something bigger than himself. More than anything, Cody simply would never give up. Though his path toward healing was scattered with minefields, he woke up every day and just kept trekking forward. Often he failed, but he never quit. In a lot of ways, we are most proud of that. He simply never quit. We did not know how this was all going to shake out, but as he persisted, we started to watch the shell crack and a brave, hard-working, resilient man break forth.

During his six years at the Farm, everything about Cody changed. We watched him blossom and heal in ways we did not even know would be possible. He overcame obstacles and learned hard lessons both through his work with the horses and the individualized care he received. The man he is now is unrecognizable when measured up against the boy who came into our custody all those years ago. Cody has always been one of us, but during his time at the Farm, his house parents and the boys there with him were his family for all intents and purposes. The safety of these relationships is where Cody learned what it meant to be a part of a family.

The lessons he learned fundamentally overhauled much of what his earlier years of life had taught him to believe about relationships and allowed him to find his groove as it pertained to our relationship with him. Over the course of his time at Miracle Farm, our relationship dynamics drastically shifted, and we formed bonds that are resilient and offer the felt safety we were always after. The man he is today is thanks largely in part to his time at the Farm. The healing that started there did not end when he left but has carried on as he has walked through different seasons of both life and relationship. Cody contributes so much to our family, and we are so proud that he is ours.

He is now a junior in college working toward a degree in construction science, a staunch advocate for the Farm, and a contributing member of his community. He is supremely self-confident (which is more than our wildest dreams for him) and capable of doing whatever he sets his mind to. In so many ways, Miracle Farm was the lynchpin in his personal success and that of our family. We are forever grateful.