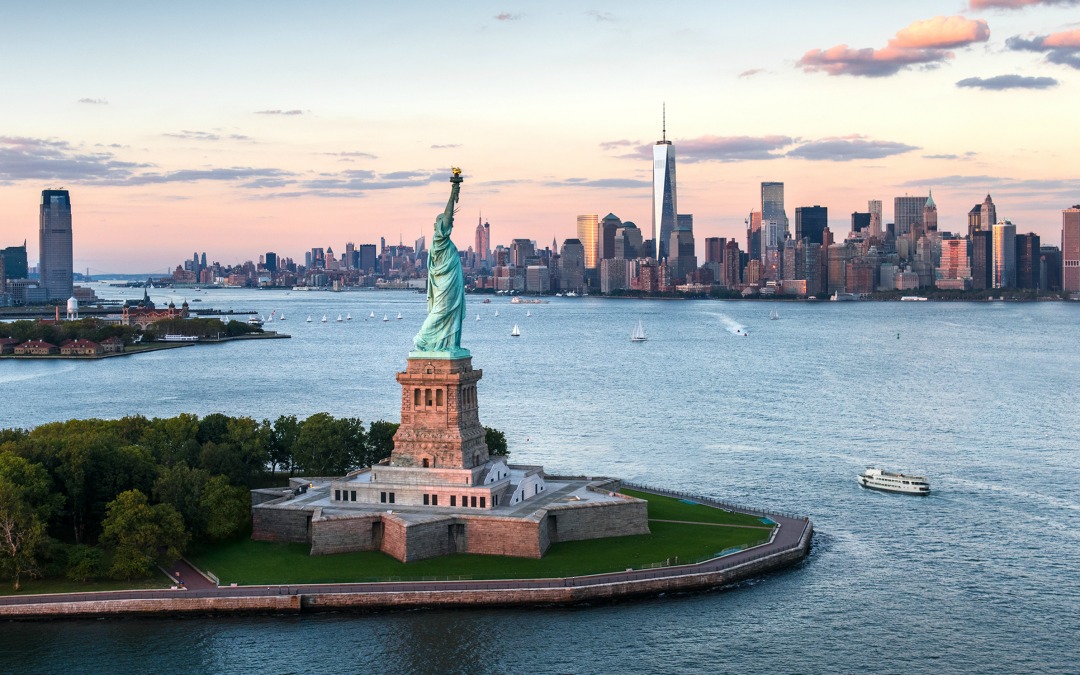 My family and I went to New York this summer for several days. We enjoyed being tourists and doing the things that tourists do. One of the highlights for me was the day that we went to see the Statue of Liberty and Ellis Island. As a junior high kid, born and raised in Texas, a music evangelist came to our church on the northwest side of Houston. I can’t remember his name, but I can relive almost as if it was yesterday him singing a song in a deep baritone voice called Statue of Liberty. The song fascinated me.  I have since that time thought if I ever get to New York I want to see the Statue.

The song itself was written in the early 1970’s by a Southern Gospel musician named Neil Enloe. Groups like the Couriers, Cathedrals, the Blackwood Brothers, Ivan Parker, and many others have recorded versions of the song. The song compares the physical liberty represented by the Statue of Liberty and spiritual liberty found at Calvary’s Cross. The first verse says this:

In New York Harbor stands a lady,
With a torch raised to the sky;
And all who see her know she stands for
Liberty for you and me.
I’m so proud to be called an American,
To be named with the brave and the free;
I will honor our flag and our trust in God,
And the Statue of Liberty.

If you could see the number of pictures I took of the Statue of Liberty, you would know that either I was truly fascinated or my finger got stuck on the camera button. My eyes filled with tears as we approached the Statue by boat coming across the harbor and I recalled this song and thought about the millions of immigrants whose first symbol of freedom over the years was this very Statue of Liberty.

As we left New York to return home, we rode in a taxi to get back to the airport.  Our driver was from Bangladesh. The two of us talked all the way back to the airport.  He practiced his English on me, and I asked all sorts of questions. I asked him what brought him to the United States. He said he won a contest that paid for all the paperwork that would allow him to work in the U.S. (if I understood correctly the cost was almost equivalent to a year’s salary). He is working on his U.S. Citizenship and has less than a year to go. His family is still in Bangladesh, but he exclaimed to me that U.S. Citizenship will give him freedom that he has never known, the ability to come and go as he pleases, and most of all opportunity. It really made that Statue come alive for me.

As well, I couldn’t help but think of the children and families who pass through the doors of Texas Baptist Children’s Home, Miracle Farm, STARRY and Gracewood over the years. Though different, freedom, opportunity and often a fresh start are themes that are heard as testaments to the work and ministry that has happened one by one in the lives of those arriving at our doors since 1950 and even until this very day. Thank you for helping to make hope and healing possible for thousands of children and families each year through the family of Children At Heart Ministries!

Todd Roberson is President and CEO of Children At Heart Ministries. He and his wife, Jill, live in the Round Rock area and have two college-age children, Lindsey and Parker.
Donate Volunteer